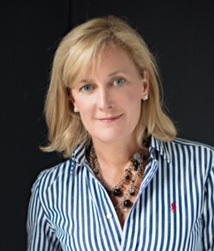 As Principal of DeWitt Consulting, Meredith Dewitt provides clients with focused strategic counsel, aligning their public interactions with personal and organizational goals.  Meredith DeWitt has advised national political committees and candidates and has worked with an impressive roster of corporations and  individuals in managing their political and philanthropic interests.

In 2002, Meredith worked with former Governor Ann Richards serving as Managing Director for the New York City office of Public Strategies, a Texas based firm that specializes in crises communications and public affairs. Meredith also served as Executive Director of Corporate Outreach for Wenner Media where she was responsible for developing and implementing advertising sales strategy for Wenner Media’s three magazine properties - Rolling Stone, U.S. Weekly and Men’s Journal.

Meredith was Legislative Director and Chief of Staff for Congressman Michael A. Andrews of Texas, who served on the Budget, Ways & Means and Joint Economic Committees. In 1995, Meredith was the youngest Chief of Staff on Capitol Hill. Meredith’s Hill experience also includes work in the congressional offices of former Senator Lloyd Bentsen (D-TX) and Representative John Bryant (D-TX).

She serves on the Board of the Better Angels Society, a foundation dedicated to support the making of historical documentaries by Ken Burns and other American documentary filmmakers. Meredith also serves on the Advisory Board of the Camp Harbor View Foundation, which helps provide a summer camp experience for children from Boston’s at-risk neighborhoods as well as Opportunity Nation, a bipartisan campaign working to expand economic opportunity in the United States.

Meredith received her B.A. degree in Government from American University in Washington, D.C. and her J.D. from the University of Texas School of Law at Austin.